As part of the year-round celebration of the School of Management’s 25th Anniversary, SMN successfully launched the UA&P Helm Awards 2022—the first-ever Alumni Achievement Award that aims to recognize the alumni who have made important contributions to society and whose accomplishments, affiliations, and careers have upheld the institution’s tradition of excellence.

The winners of the Helm Awards are as follows:

Alumni Award for Innovation and Entrepreneurship

The Alumni Award for Innovation and Entrepreneurship is given to forward thinkers and entrepreneurs. This award recognizes the efforts and accomplishments of remarkable entrepreneurs who will serve as an inspiration and motivate others to become successful business owners. Mr. Anthony Ng, a graduate of BS Entrepreneurial Management in 2002, is the Founder, Chairman, and CEO of NorthStar Meat Merchants Inc. In 1992, NorthStar Meat Merchants started out as Anthony Ng’s undergraduate New Business Venture in UA&P. In 2021 it had a total of 260 stores nationwide. Furthermore, NorthStar was able to rake in P9.3 billion pesos in sales and plans to grow its network even more by raising funds through an initial public offering (IPO).

Through its business, NorthStar has trained and developed more than 2,000 experienced butchers nationwide by utilizing its Meat Cutting Facility and its meat shops as actual training grounds for its butchers.

This award is given to alumni who are engaged in voluntarism, social work, business inclusion, and grassroots development. 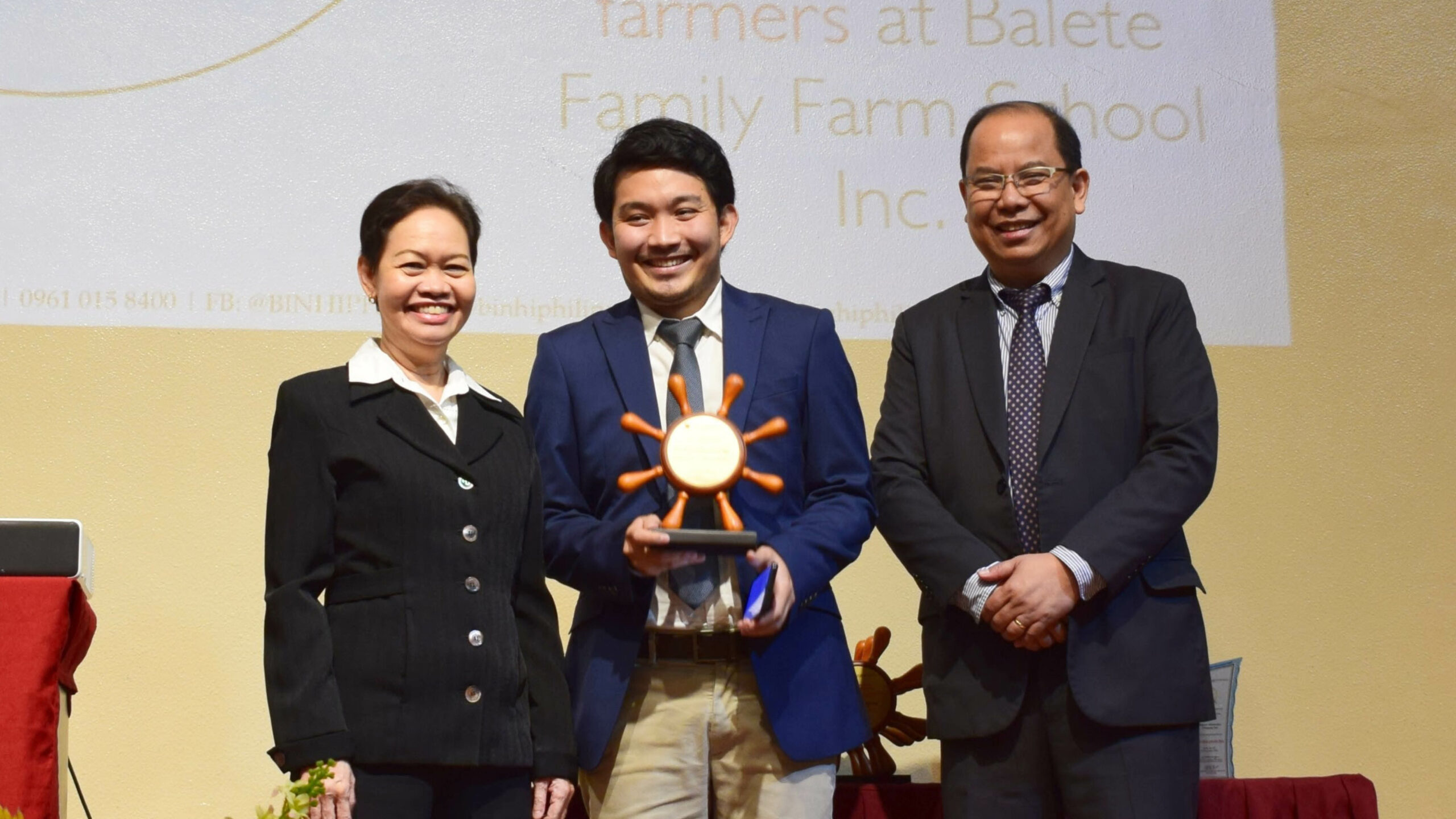 Mr. Nito, a graduate of Master of Science in Management in 2012, is the Founder and President of Binhi Philippines, a social enterprise initiative for Philippine farmers and Agri Cooperatives focusing on two key services — Trainings and Stakeholder linkage towards sustainable and inclusive agribusiness for greater community impact. It seeks to educate farmers through trainings on agri-business and become the bridge that links farmers directly to market with proper prices.

This award is given to alumni who are engaged in voluntarism, social work, business inclusion, and grassroots development. 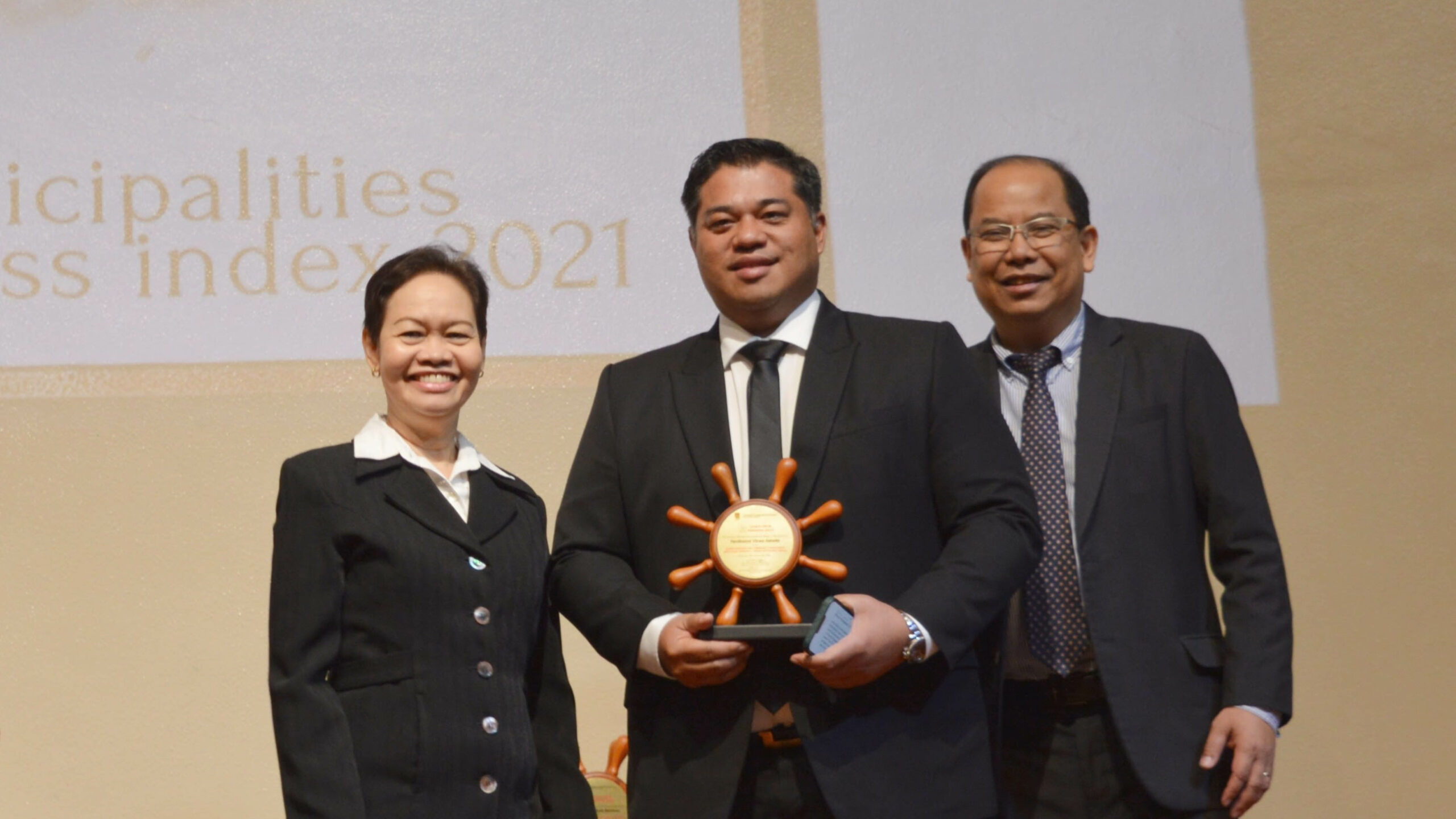 Mr. Estrella, who graduated in 2003 under the Entrepreneurial Management Program, is currently the Municipality Mayor of Baliwag, Bulacan. As the mayor, he is responsible for supervising all programs, projects, services, and activities of the municipal government, enforcing all laws and ordinances related to governance of the municipality and the exercise of its corporate powers, maximizing resource and revenue generation, and ensuring the delivery of basic services and the provision of adequate facilities.

This award is for alumni who have excelled in the corporate world, research, and other related professional fields. 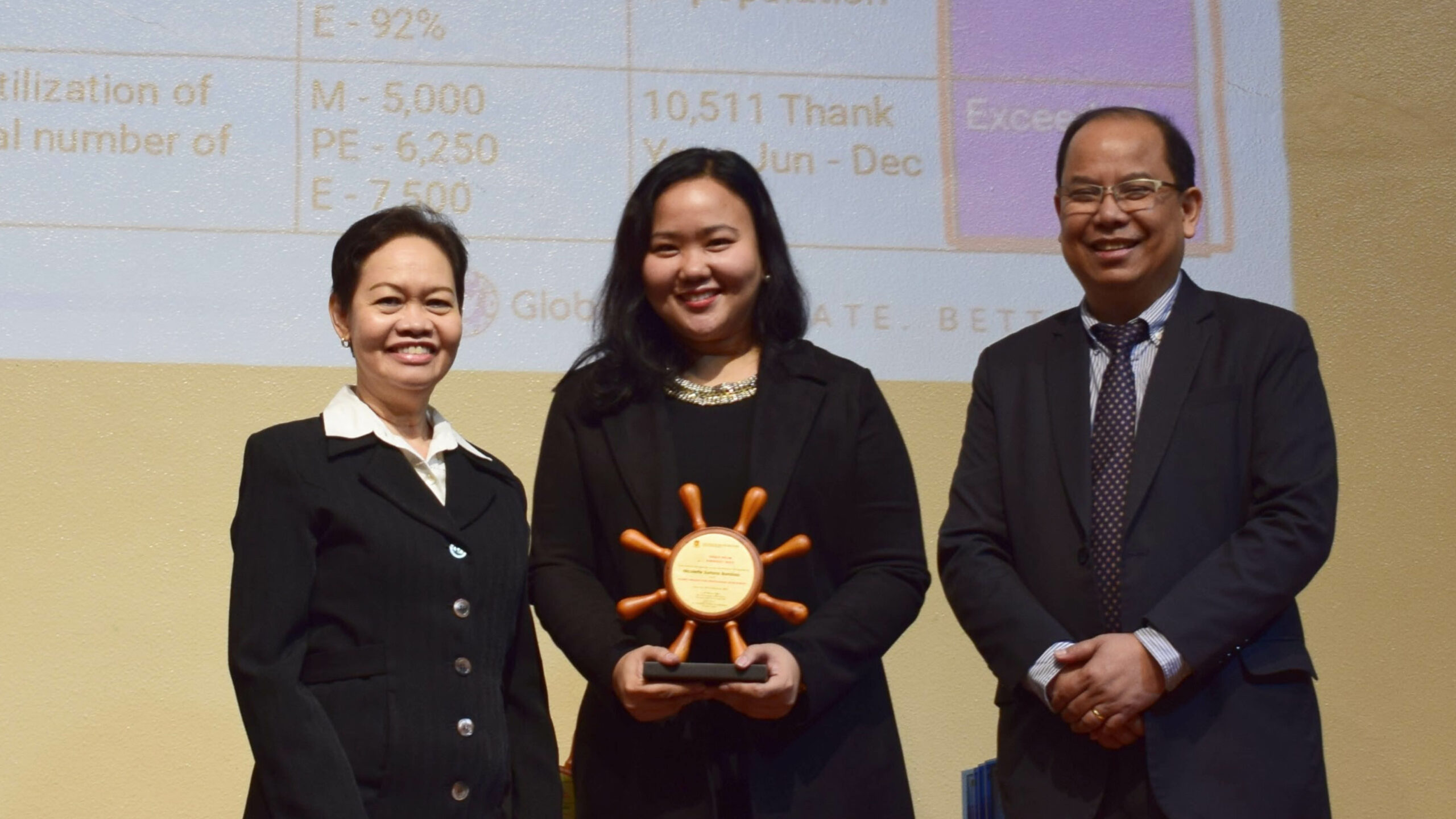 Ms. Bambao, who graduated in 2004 under the Master of Science in Management Program, is currently the People Experience Director of Globe Telecom. She was recognized as Employee of the Year in 2020 for her pivotal role in Globe’s COVID-19 response. Her team’s campaign and project, Alagang Globe, solidified the life-enabling ways employees can count on the organization. She has continually ensured the overall operational efficiency of HR services to create game-changing employee experiences and programs. More importantly, she has helped redefine the organization’s culture and purpose, inspiring every employee to treat people right to create a Globe of Good.

This award is given to alumni with exceptional achievements on a national or international level. Mr. David Leechiu, who graduated in 1994 under the Entrepreneurial Management Program, is the Co-founder and CEO of Leechiu Property Consultants, Inc., a privately held professional real estate brokerage company. He is a Member of the Board of Trustees of IT & Business Process Association of the Philippines (IBPAP), which has been instrumental in steering the Next Wave Cities initiative since its inception in 2009. He is a Co-founder and shareholder of the W Group, known for world-class developments in Bonifacio Global City. He was the Country Manager and the only Filipino International Director of Jones Lang LaSalle Leechiu, where he led its growth to exceed the combined revenues of its competitors

Mr. Leechiu has more than 27 years of expertise in real estate. He is considered the leading commercial real estate broker in the Philippines.

SMN also presented the 25th School of Management Anniversary Exemplary Service Award to alumni who have exhibited and sustained excellence in their respective fields, as well as remarkable dedication, service, and loyalty to the University. 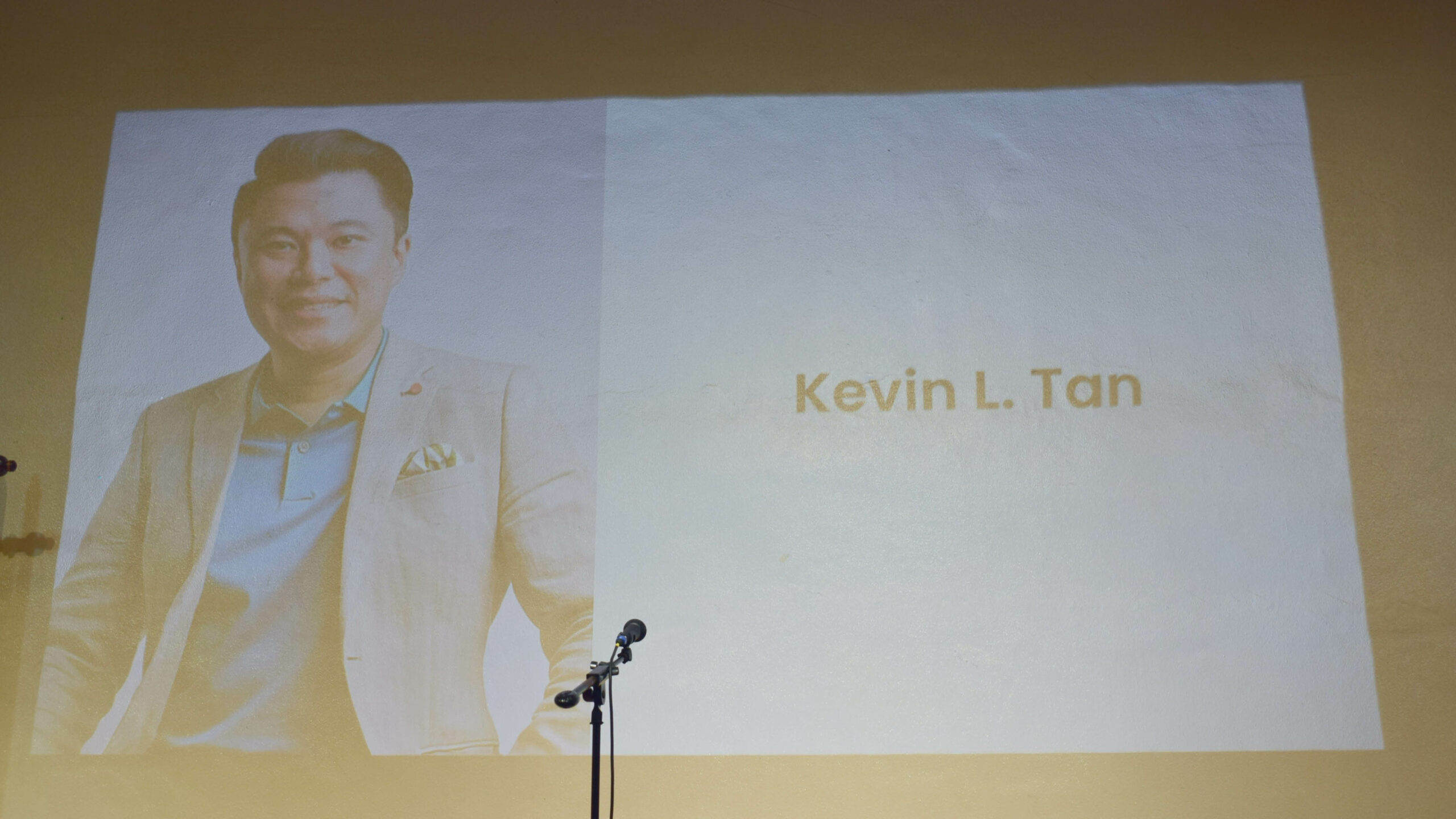 Mr. Tan, who graduated in 2002 under the Master of Science in Management Program, is the Chief Executive Officer of Alliance Global Group, Inc. (AGI). Under his leadership, the various AGI companies—which include Emperador Inc., Megaworld; Travellers International, Golden Arches Development Corporation (GADC), popularly known as McDonald’s Philippines; and Infracorp Development Corporation—all continued to expand its dominance in their respective segments by adapting to the different quarantine restrictions through landmark digitalization projects and innovative business ideas led by Mr. Tan himself. Mr. Lising has dedicated 15 years of public service by being the Barangay Captain of Barangay San Antonio which is home to about 20,000 Pasigueños. His inclusive banner, “Service with a SMILE,” has benefited Barangay San Antonio’s diverse residents with remarkable and progressive initiatives. His excellent and efficient quarantine policies during the pandemic in early 2020 have received positive feedback and have become a model for other cities. Kap. Thomas Raymond Lising’s unique ideas have earned him and Barangay San Antonio national media recognition, cementing his position as a role model for young leaders. Mr. Ongsue, who graduated under the Master of Science in Management Program in 2002, is the Vice President for Sales and Operations of Pacific Paint (Boysen) Philippines Inc., ensuring continued operations and growth of the company. He is also the Chairman of Hi-Precision Diagnostics Center Inc, leading and supporting the company’s growth and innovation. During the pandemic times, Mr. Ongsue provided paint to help the government and private companies in building COVID-19 quarantine facilities. He also donated relief goods and provided several swab booths to be used in different cities and municipalities across the nation. Mr. Tanco, who graduated in 2002 under the Entrepreneurial Management Program, is the Chairman and President of PhilhealthCare, Inc., Founder, CEO and President of Comm&Sense, Inc., and Director & Vice President for Investor Relations of STI Education Systems Holdings, Inc. He’s also at the helm of 17 different companies. PhilCare’s smarter healthcare proposition and Comm&Sense’s #IntelligentPR both continuously garner local and international awards for their significant impact in the markets they cater to.

During the awards, the nominees were also given their respective Plaque of Recognition: Recipients of the Plaque of Recognition

This event was made extra special thanks to the stellar jury members from both the academe and industry.

SMN thanks everyone who attended and joined in achieving this significant milestone, proving that SMN alumni continue to blaze the trail.

SMN also thanks its two sponsors, LEADS Agri and Victory Liner, for making this event possible.