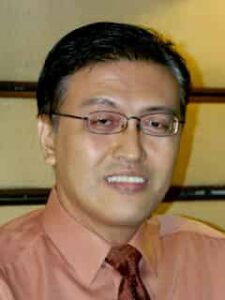 The recent oil price rally could make the recovery of the manufacturing sector and consumption spending even more challenging this year, according to local economists. The Philippine Statistics Authority (PSA) reported that the country’s manufacturing output continued to decline and posted a contraction of 16.7 percent in January. The sector’s average capacity utilization rate was at 46.1 percent. It is the second consecutive month that the average capacity utilization rate was below 50 percent.

While a weaker peso could boost consumption spending, it may not bode well for the manufacturing sector. The industry largely depends on imports to produce goods. (Read the full story at BusinessMirror.)

Dr. Terosa also commented on local factories stopping their growth and succumbing deeper in the red in January. The volume of production index (VoPI), a measure of factory output, shrank 16.7 percent year-on-year in January, worse than the 12 percent slump the previous month, latest government data showed. That output snapped 4 straight months of easing contraction, showing the fragility of recovery in one of the economy’s critical sectors. Bad operating conditions were to blame, analysts said, as public transport remained highly limited nearly a year into the Philippines’ economic reopening.

“Industries are still adopting a wait and see attitude even as they start stocking up their inventory of raw materials that they can immediately use as soon as the economy is opened up further,” he said. (Read the full story at PhilStar Global.)